In Alan Wake, there are hidden messages hidden throughout the levels that are only visible with a flashlight. If you don't flash the light at a particular spot, you will not be able to see the message. 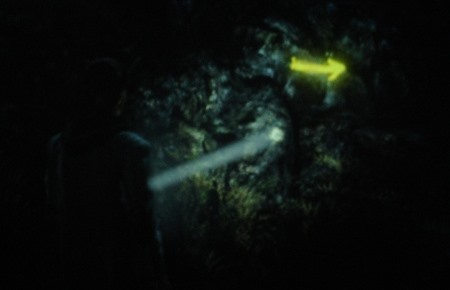 These messages are left by a mysterious entity trying to give hints to Alan Wake in a way that only he could see as he continues through the story. 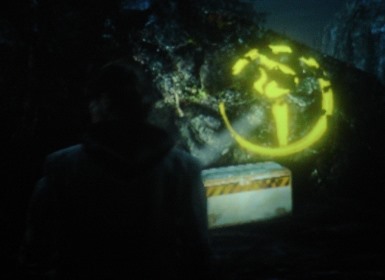 Sometimes these messages are materially useful. The hidden messages can lead you to a stockpile of ammo or weapons off the beaten path. This is always welcomed and there are at least two per episode.

But the other messages are not so helpful. 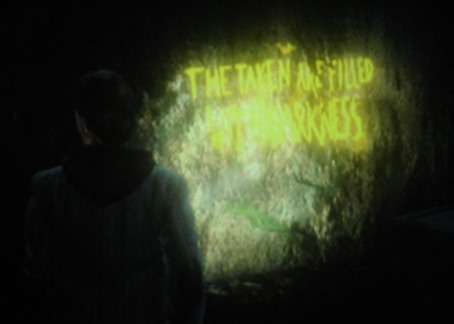 [Image reads: The Taken are filled with darkness]
Thanks for that groundbreaking realization! And here I thought these Taken were filled with gummy bears and funnel cakes! You can find this message repeated throughout the episodes, just in case you didn't get it the first twenty times. 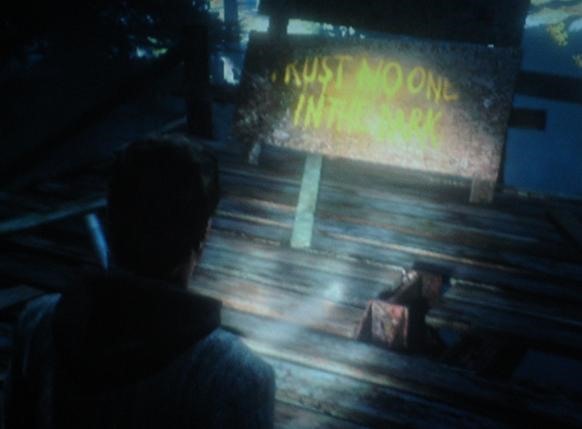 [Image reads: Trust no one in the dark]
What? No way, I don't believe this one. What kind of world do we live in where we can't trust complete strangers with malicious intents in the middle of the night? That's just wrong and un-American. 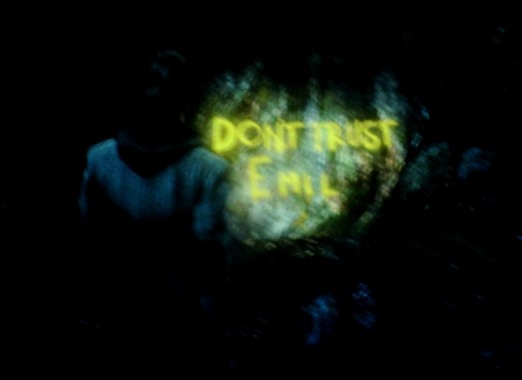 [Image reads: Don't trust Emil]
Thanks for the overnight delivery of fail.  The first time you see this message, Emil's part of the story is already over.  This would have been helpful a few hours ago when it mattered. The sad part is that calling Emil a one dimensional character is too much praise. There hasn't been a character yet on Alan Wake by episode 4 that completely turned the tables on the player. Right away you could tell if they were bad characters or not, there is no suspense in this respect. Emil looked too calm and suspicious from the start, and his intent to mislead too obvious.

There are other messages not captured here that are just as bad. One particular one states "The Taken are controlled by The Darkness". You mean to tell us that these Taken, you know, the ones surrounded by a dark mist and aggressively attack you with weapons are not here to help you? Just because they act like mindless zombies with one murderous goal doesn't mean they are controlled, or are they? Give me a moment, my world has been shaken. All this time I thought The Taken were free willed individuals with a slight lack of manners towards tourists.

Here are some rejected Alan Wake hidden messages, probably because they thought they would overwhelm the player:
"The Taken are unfriendly"
"The Darkness might be up to something"
"People that try to kill you are not good"
"The kidnapper might be a bad person"
"During the day there is no darkness, only undarkness"
"The flashlight is useful" (this one would show up on the last chapter)
"Barry is some sort of dumbass"
"You are a writer, keep telling yourself that"

There is a rumor that Alan Wake might be expanding its messages to the real world. Companies are going to be putting hidden Alan Wake approved messages on many of their products.
Possible Secret Alan Wake messages on

milk: Trust the expiration dates.
Snapple: shake well before opening.
crossing the street: look to your left, then to your right.
Activia: Ask your doctor if you are unsure.
xbox 360: turn on machine to play.
heaters: if you are cold, use this.
sofas: these can be used for rest.
Soap: not sure, but some voodoo magic is used to drive the dirtiness away. What do I know, I'm just a writer.

If you're going to have hidden messages in anything at least make them useful. In this game, you want them to be informative without being incoherent. Well they got the first part right, but just a little bit too much. ALSO WHY ARE ALL THE MESSAGES IN CAPSLOCK? IT IS VERY DISTRACTING! Out of the almost dozen messages sprinkled throughout the episodes, only one was decent. I can't reveal that one though, since it is a spoiler. 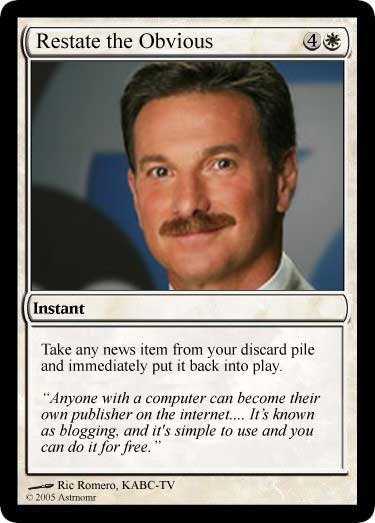 Is it just me, or did it seem as though these messages were almost illegible when shining your flashlight at them? I had to tilt the flashlight up a bit because the glare was so strong.

The writings reminded me a lot of Portal. Especially when you see Tim's name written all over the place.

Yeah, I couldn't take a decent picture because the flashlight would be too bright no matter how you moved it. For Portal you're right, it does remind you a bit. I really like when games do this, it's a nice touch.