The battle between first-person shooters is officially underway with the release of Battlefield 3 today. Who will win? Most experts are already declaring Call of Duty: Modern Warfare 3 the champ of the holiday retail clash between EA and Activision, despite MW3 not coming out until November 8th.

But military-based heroics isn't all we have to look forward to this holiday gaming season. If you're like me, you can't wait to get your mitts on the other side of the law—vandalism, assault, and just a wee bit of carjacking.

In perhaps the most subdued, yet least subtle manner, Rockstar Games announced the trailer for the fifth installment of the Grand Theft Auto series. Yes, that's right. No game this holiday season, but you'll be getting a taste of what it will look like on November 2nd. Seems like the perfect time for Rockstar to throw in a teaser to the much rumored GTA V, right in-between the the blood and guts of two very high profile military-driven game releases. 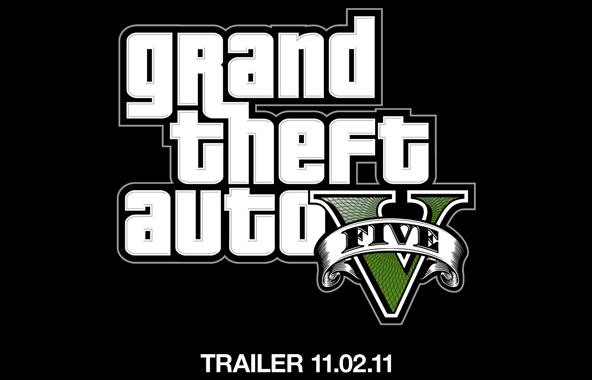 No details have been divulged yet, but it's sure follow the same recipe for inner city disaster that the previous Grand Theft Auto games had, with a conflicted former criminal trying to go straight in open-world gameplay. We all know how that goes.

So, where's Grand Theft Auto V going to take place? As you can imagine, the speculation is thick across the web with everyone taking their guesses. Kotaku reports that the game will take place in a fictionalized version of Los Angeles. GamePro believes it could return to Vice City. But thanks to the monetized "V" in the promotional poster on Rockstar's site, it could point to Washington D.C., obviously because of the money reference, or Vegas, because Sin City has tons of money and just happens to start with a "V".

But when will we see GTA 5? Who knows? Rumors say it could be anytime between April 1, 2012 and March 31, 2013, which is a pretty long time to hold your breath. Just make sure to stay tuned for the trailer on November 2nd. Hopefully, it will make it all worth it.

Vegas is a part of San Andreas in the world of GTA, so I guess making it a separate city, to correspond to LC by its size would really contradict that.

I'm guessing Las Vegas too. I really enjoyed gta4 so I'm really looking forward to seeing what they have done with the game engine since then.

Its will be Great

The new trailer is up! Watch it here!