It's a very small flash game from adultswim that's like nothing else you've ever played. http://games.adultswim.com/robot-unicorn-attack-twitchy-online-game.html 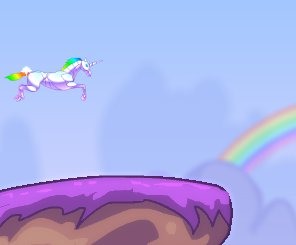 Unimpressed by the image, right? That's a typical reaction. Once you play it though, here is a common response after playing it: 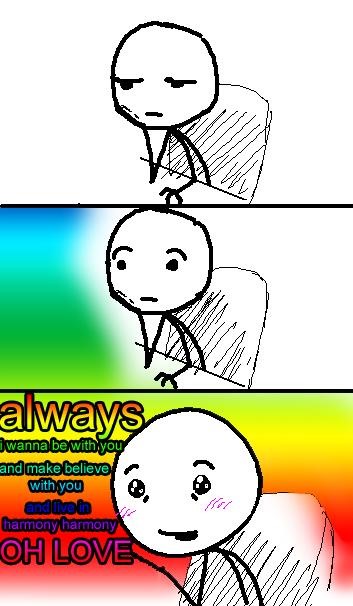 The gameplay is simple. You only dash and jump. If you do well enough, dolphins appear and run along with you! Here is some more fanart to this great game: 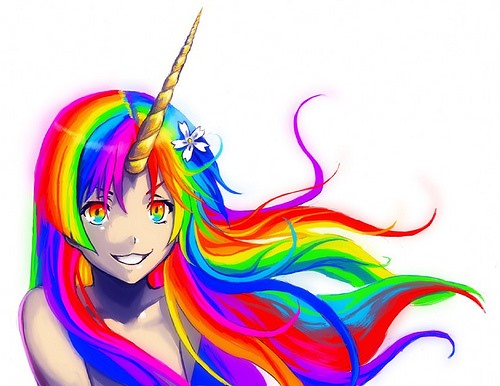 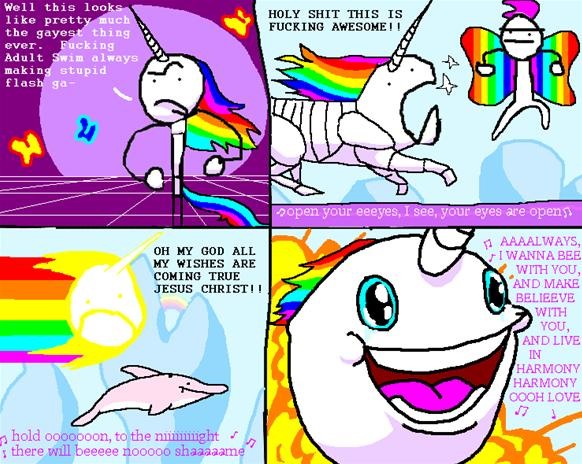 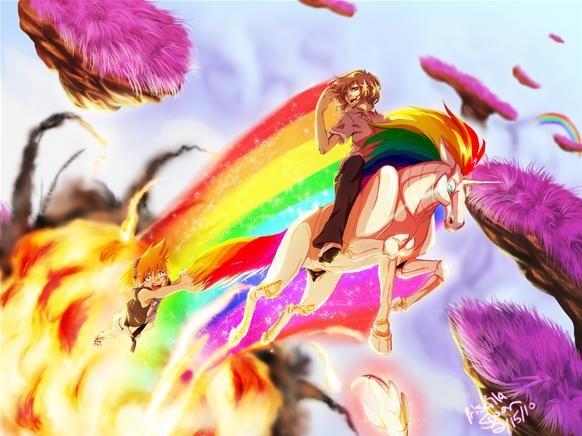 This section is probably best read after playing it:
This flash game quickly catches the audience by combining three unique aspects: sound, speed, concept. The concept of a robot unicorn is funny enough to catch people's attention. At least on the internet, adding a unicorn to anything can create some really special moments: 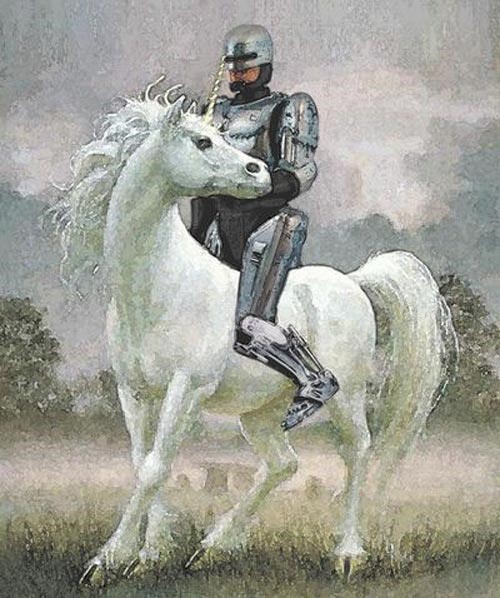 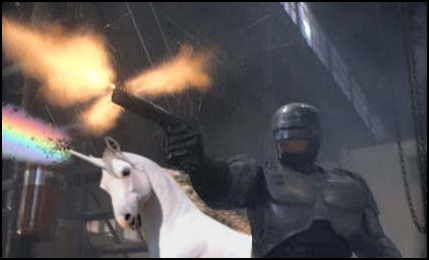 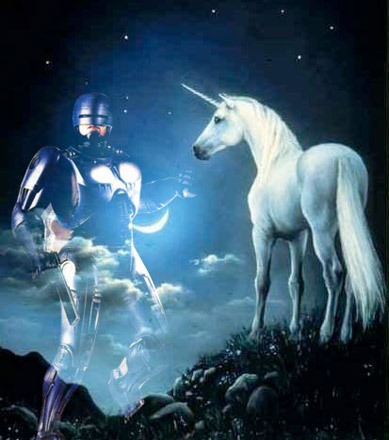 The simple controls and the speed make the gameplay addicting. If this unicorn had super mario type controls, it would not be as popular. It would be too slow and you would not be caught up in the game. The song that plays during the game is what ties it all together. The speed of the gameplay of always moving forward while hearing such a touching song literally transports you to 1994. You know, when everything was awesome in the world.

Flash games could learn a lot from this game. It didn't just have one addicting aspect, but three and all at the same time. It worked mentally (concept), emotionally (song), and physically (happy endin- ah jk, I meant gameplay).
As for my final argument:

On the game, you can double jump and you can also dash in the air. The huge star blocks can be destroyed by dashing. For a while, I thought you always had to jump them.