I finished the Nature of the Beast quest from that game today. All campaigns so far haven't dissapointed, there is always some welcomed twist that makes you glad you're playing this game. 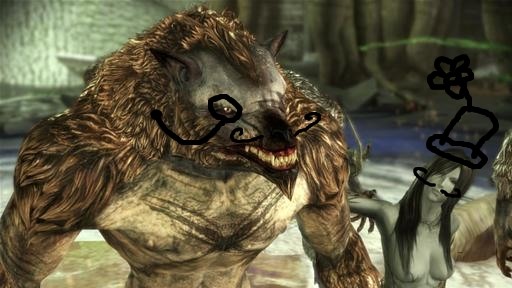 I've killed so many for convenience in this game.

It's just you know, so American, so right.

What are you guys playing this week, or trying to find time to play?

This just arrived at work: My wallet gets smaller but as long as my wife does not find out it's ok. I'm towards the end now and stuck with a decision of who to make king:

A. Assign the position to a nice guy who does not want all that responsibility.

B. Give the Throne to a calculating and backstabbing woman who had left me to die just moments before. She was the wife of the king who died and now wants to rule by herself.

C. Make Guy A marry woman B and both rule. Uh huh.

D. Because I'm playing as a female character, there is a choice to marry Guy A and rule with him. Yeah right, the only set of balls I want to see are mine.

I don't like any of the choices. Guy A has royal blood and it's the only reason people want him to be king. Woman B has a lot of support and backroom deals that can make her a powerful ally in the future. Marrying them both would prove beneficial in the short term, but a disaster down the road.

I wish I could make one of the old lords king. That would solve everything and I could kill Woman B. It's a 2.5 meg indie game. I have no idea how to play it. But on the site it's name your price for the game so it wasn't expenseive to get.

What's so interesting about this game? well this looked cool:

It's downloading right now.  I've never played this type of game but I read you can be your own tropical resort evil dictator, there is no way to resists that! Oppression here we come!

Finished the Landsmeet section yesterday and the game a few minutes ago. For the Landsmeet, I ended up marrying Guy A with Woman B. I also killed Woman B's father. Being so close to the end, I went ahead and played through it. One thing I really liked in these last few days of playing is that there were no easy answers. Every solution had consequences. In Mass Effect 2, you could play it in a way where everybody lives and you solved all of their problems. This game didn't turn out that way. One of my main party members left me without a second thought right before the main battle tonight and though I might look victorious in the picture above, I didn't survive.

I finished the Nature of the Beast quest from that game today. All campaigns so far haven't dissapointed, there is always some welcomed twist that makes you glad you're playing this game.