Shadows of the Dammed (360/PS3) is a polarizing game. It's not shy of being crass and crude. Go ahead and judge the game by the following examples (click to enlarge): 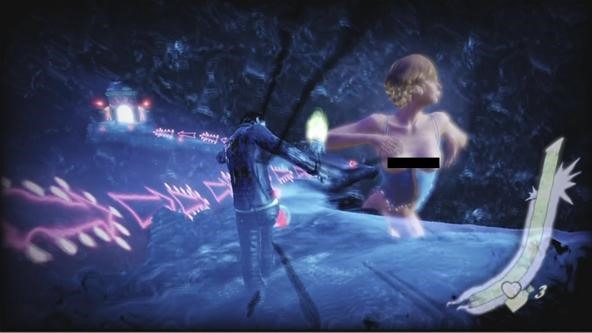 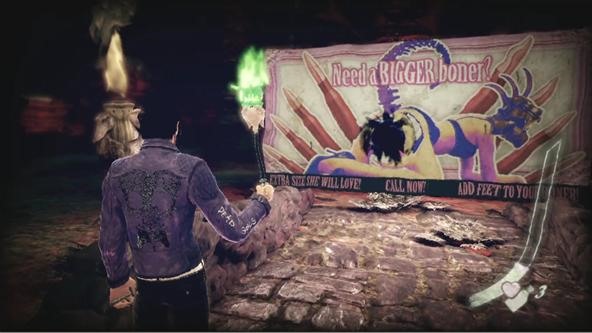 Now, with what you have seen, choose your path.

If you don't care for the examples above:

My friend, we understand each other.

We are living in an age where this extremely juvenile and sexist tripe does not have to be  tolerated or given a second thought. There are better things, less offensive things, to do in life than to waste your hours playing through this game. Skip this review, and have a better day because of it.

If the above pictures only made you more interested:

My friend, we understand each other.

It's refreshing to see a game take a daring direction by sinking into the lowest forms of entertainment and pulling it off quite successfully. This game is not crude in the hopes of keeping your attention at any cost. No, this game revels and shines in its coarsest material. This is a true and unapologetic buddy adventure, like Vic and Blood in A Boy and His Dog or Roger Murtaugh and Martin Riggs in Lethal Weapon. Take one buddy character away from those two movies and it's just not the same. The interaction and chemistry between the characters elevate the movie into something special. The game is not spewing things at the player, but rather like a friend, shares the experience with the same thoughts and observations one might make in private company. 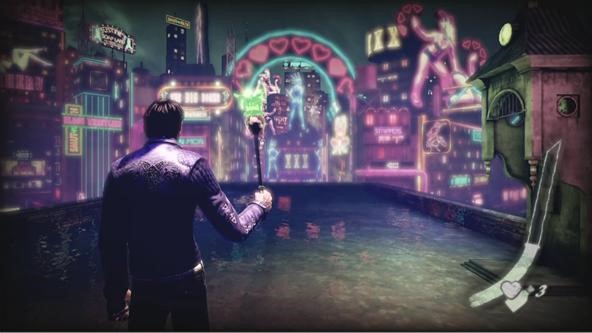 Let's get the dry material out of the way: You are Garcia Hotspur, a demon hunter with a sidekick named Johnson. Johnson is a flying human demon skull that Garcia uses as a weapon to kill demons. Hell kidnaps your girlfriend and the game is your journey to save her. There are 5 sections in the game, each one broken into a few chapters. The entire game takes a few hours to finish. There is no multi player and no Game+. The game play is basic Gears of War/Resident Evil 4 type of movement, acceptable but average. The enemies and bosses are easy to kill on medium. The levels follow a narrow strait path and the few puzzles that are thrown at the player are the type that even Forest Gump has no problem solving.

The chemistry between the main character Garcia and his sidekick Johnson carry the game. The banter between both characters elevates what would otherwise be a very stale game. As Garcia and Johnson go through hell, the jokes and observations that pop up here and there consistently create a fun atmosphere. The two characters take everything lightly, making fun of anything that crosses their way: 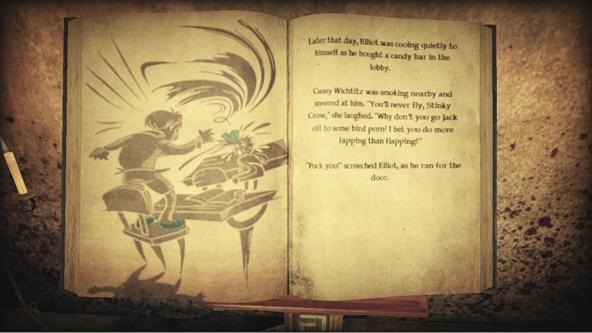 Humor like the examples above make the game bearable. It's not just Garcia and Johnson having fun, but in the manner presented, it is like the player is included in the humor. The characters are not laughing separately, but together with the player as the main characters experience the journey the same way the player does. When the player is confused about certain things, Garcia is too, since he is also new to hell, and probably as amused or annoyed by the environment as the player would be. Because, if I ever saw a door blocked by black twirly thin branches, and if I had a better sense of humor, I too would call them pubes upon first inspection.

The only thing rivaling the spotlight from the humor is the great soundtrack by Akira Yamaoka, of Silent Hill fame. The music is distinctive and I caught myself sometimes just standing still in the game to listen to the music. The game play and level design is average, but the humor and music manage to overcome those deficiencies. 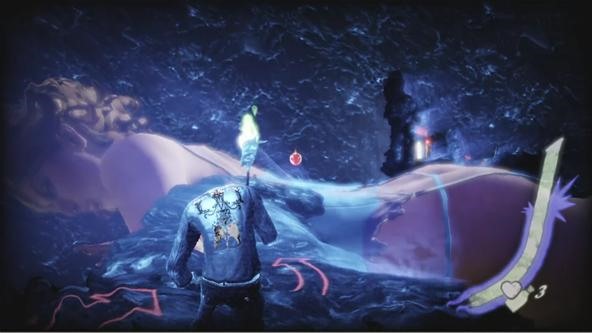 If you have an opportunity to play the game don't pass up the chance. It's an adventure buddy game that is engrossing enough to warrant a try. If you need further convincing, here is Johnson reciting a soliloquy in the humblest of fashion: