The developing team Techland gets a free pass. Having thoroughly enjoyed their previous title, Call of Juarez: Bound in Blood, this sequel was bought on day one by good ol' fashion blind faith. After playing for most of today, it's still to early to tell if the game is a mess or a fun romp. Here are some first impressions.

Call of Juarez: The Cartel (PS3, 360, and later this fall on PC) is the third game of the Call of Juarez franchise. The first two games took place in the wild west, but this sequel has been updated to occur our era. The game starts the player with an all out freeway chase scene:

A little surprising to jump into the action first, but it wasn't too hard. At first it was hard to know what car to shoot at, but after a while you got the hint to go for the Hummers exclusively. The Hummer in front of the player's car looks to be indestructible though, since I played the scene four times and could not destroy it.

After the chase a terrible discovery: the developers lost their minds and put the [B Skip Movie] button in the worst possible place! Take a look at at this picture: 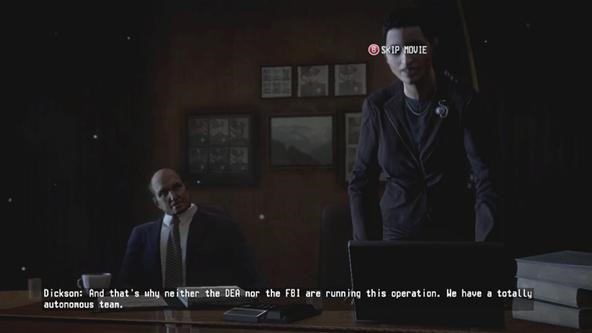 That [B Skip Movie] might as well be placed in the middle of the screen, with a size 200 font. Did not one person in the development team have the courage to raise their hands and maybe propose to move this notice to a more appropriate location? Where should it be moved? Well, how about anywhere else! 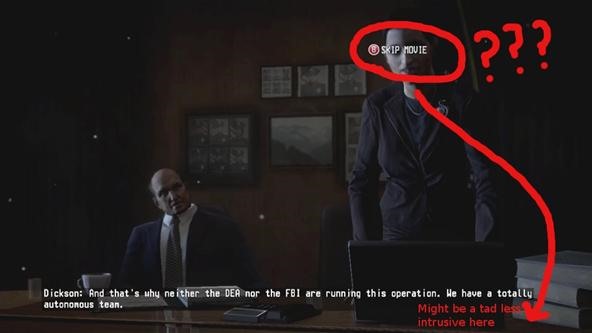 When the notice starts to block out faces in the middle of a cut scene, some common sense alarms should have been activated but it looks like the entire team was working with dead batteries. Most games place this notice on the lower right corner for a reason, no need to be a maverick in this department.

The voice acting and facial animations are acceptable. The faces look to have a lot of flexibility when talking, the skin of the cheeks and part of the upper neck move according to the movement of the mouth. The clothing reacts to the movements of the characters too, rather than looking like they were glued and frozen in place. There is some nice detail on the faces of the men when the camera zooms in. The voice of the older man Ben McCall does not fit the character too well. Ben is suppose to be 57 years old, yet the voice seems to come from someone in his 30's. I was expecting a rougher, coarser voice.

The game play so far is average. There is no cover system and the initial guns don't have enough feedback. When the player shoots you don't feel like you're shooting, only that something is coming out of your weapon. The developer's previous title, Bound for Blood, had better weapon feedback than this game. Running around also feels a bit too soft. Ideally running should be a little more rough or uneven. Enemies are hard to make out. They are small targets and they often blend with the background. I had a hard time finding them, and often confused my own teammates for enemies since they were so similar. I do like how the damage radius can tell you the location of the enemies, but I shouldn't have to rely on this at all. One should be able to tell where the enemy is without having to resort to being hurt intentionally. Here is some game play from the first chapter:

One thing I did like was the setting, level design, and atmosphere. You'll notice in the video above that the game play takes place in uneven path down a mountain trail. What made me fall for Bound for Blood was the care given to level design. Many games only focus on one direction in a specific level ( going horizontal or vertical only), but Bound for Blood often had a mix of both. The levels were designed to take the player up and down fields, rivers, caves, never settling for flat terrain. This game looks to be much of the same if the forest chapter is any indication. 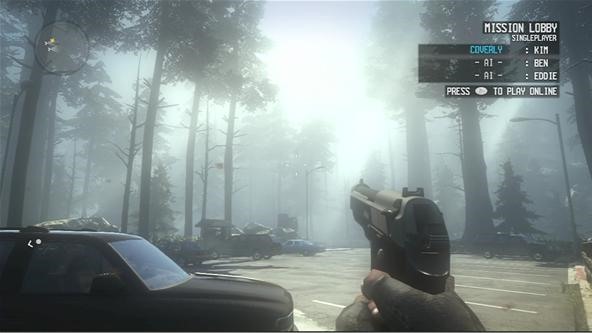 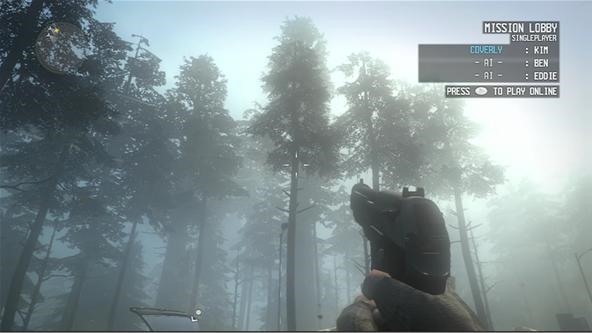 The lighting is one of the things I loved most about Bound in Blood, and it's back in this game. The way the light shining through the trees is such an eye candy. The way the rays of sun drop down and the leaves fall through the forest gives the area a rich atmosphere that could have fallen flat without the proper lighting.

That's it for first impressions. There is a multiplayer component to it, but truthfully I have zero interest on this particular feature. There is co-op for the story mode and if it's any good I'll be sure to drop in a word or two on it.

Oh, and here is one of the main characters with an Obama mask: 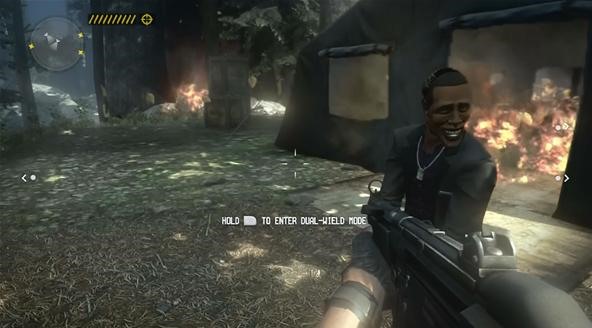