Do you have an awesome rig that is able to run anything you throw at it at 60 fps with maximum settings? Prepare to be humbled. The Witcher 2 is the first game in quite some time to tax your system the same way Crysis did when it first came out. 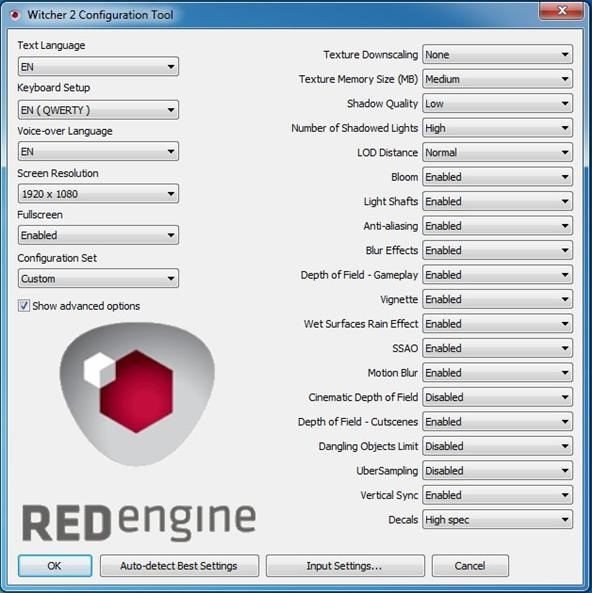 The culprit is towards the bottom: UberSampling. Turning this on renders the scene several times to get the best possible look, bringing down anything but the top of the line systems to its knees. People on forums with SLI configurations (Crossfire is not working yet) with 580s could not run UberSampling at a stable rate (60 fps+), that's how taxing it is.

I disabled Ubersampling and brought shadows down (personal preference, I don't care for shadow quality in games) and set texture memory size from high to medium. With these settings I went from 11fps to a locked 30-35fps in battle. This is not bad, but the goal is always 60fps+. Playing with this game certainly humbles a system. It's a fun game in itself to tweak the game settings to get the best performance, I'm very much looking forward to see how much people can squeeze out of their system now that they have the game.

If you want to see how the game runs on different configurations and get advice on how to improve your settings, check out this Neogaf Thread devoted to the subject. 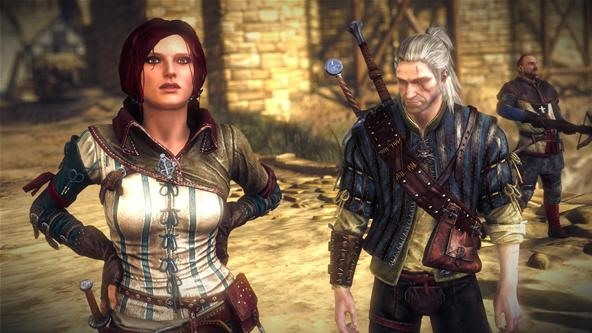 The game itself is brutal. On the first game play opportunity it took me no less than twenty tries to pass a small section. The game is set to medium, but your character's health goes down so easily. The main culprit is the dragon spewing fire above you, even with cover the fire still goes through. If you get this directly you burn at the spot, if you get touched by fire while moving you'll stay on fire while 40% of your life is taken away. Here is the opening sequense I am talking about, it is one of the many failed attempts:

The game itself is gorgeous. The rock textures and the clothing really stand out. In the camp, what really struck me was the cloth moving on the tents! Non static structures are so beautiful in motion, I really don't care for environments that are static no matter how nice they are. Lighting itself can blind you at times and it's very well done. The only thing I didn't like were the character animations, they still feel a bit too robotic or stiff. I know it's a small studio but those sort of things are noticeable, especially when this game looks and feels as good as it does. 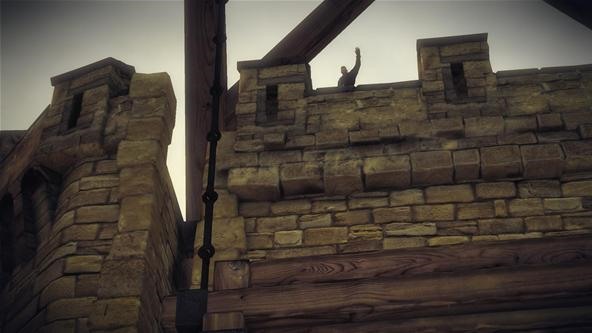 The game offers players the choice of using a mouse and keyboard or a 360 controller. Playing with a controller is great. There is so much moving around that the hand gets tired quickly using the WASD keys, but with a controller it's more natural (albeit slower than a mouse). The whole game and menus can be used with the controller, so there is no need to go back to the keyboard once the controller has been selected. 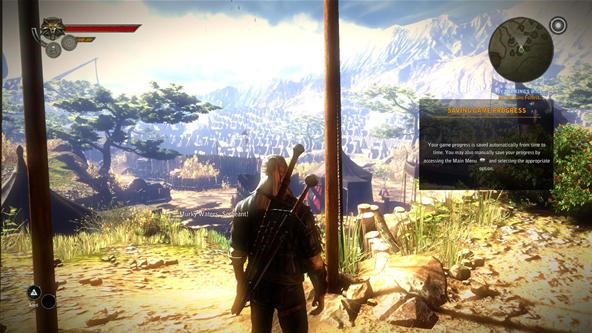 Here is the first encampment area after the initial game play:

If you're wondering if there is much of a difference between running UberSampling or not don't worry, they basically look the same. Maybe in screen shots you would be able to tell the difference, but in motion you will be focusing on other things.