A look at Aquaria

Last week I made a post about the Humble Indie Bundle (http://www.wolfire.com/humble). It's a small online charaty drive where you could buy five indie games for any price you wanted. 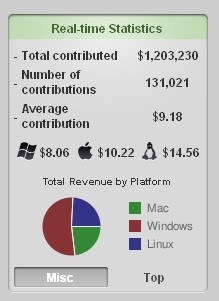 The charity drive itself was an incredible success. It raised over one million dollars in one week. The proceeds were divided between the two charities and the developers.

The drive is still going, and you can still purchase these games for a penny, $5, $10, or any price you wish for the PC, Mac, or Linux. I would recommend this just to try out World of Goo, Aquaria, and Samorost 2.

Aquaria is one of the games in this package, and here is a quick look on what makes this title stand out.

The game was released in 2007 by two people, Alec Holowka and Derek Yu[1]. These people then formed a developer group called Bit Blot(http://www.bit-blot.com/), but are currently working on seperate projects.

Aquaria is about the memories of the main heroine, Naija. The game takes the player through her past, aided by her narration. In this world, Naija is the only one of her kind. Her civilization and origins are gone, leading her to explore the oceans around her for answers.

What makes this game unique among others is the emphasis on sound and music. Naija uses sounds, called songs in the game, to interact with the world. These songs can be used to shield or lift heavy objects obstructing her path, as see in the first video in this writing. 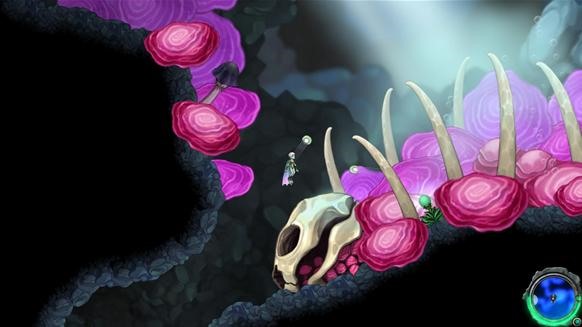 Aquaria is a nice little exploration game. It has a nice map system so you don't get lost through all the tunnels and underwater caves in the game. The soundtrack is smooth and uplifting. The game has a cooking element that could help you learn new things or strenghten your physical attributes. overall it's a very relaxed and curious exploration game. 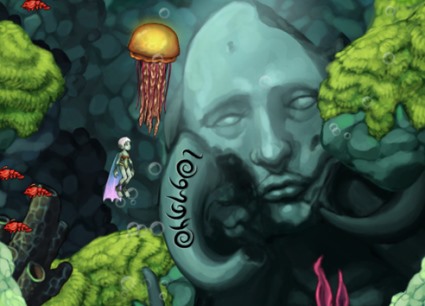 The world itself is very strange. There is a cutscene that shows a floating city, struck down by meteors. A single boy falls to the ocean from that city and then fades to black. The game is set underwater, but what is Naija's connection to that city and that regular boy who drowned? Naija's explorations lead her to lots of caves, and you could see carvings and signs of previous civilizations. The only living records of these pasts are crystals that contain memories, and yet they don't quite make sense. 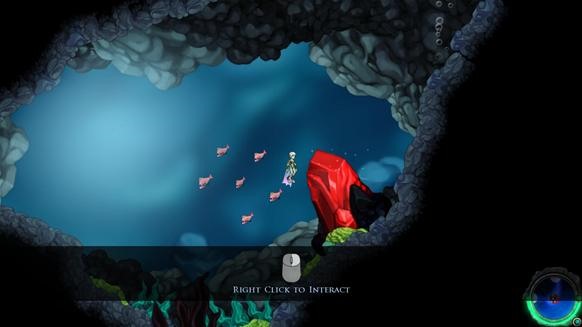 I would recommend this game if you would like a change of pace from most of the games out there today. It has a solid simple story that is well narrated throughout the game. The sound, music, and songs separate this from other small games by making it part of the gameplay. This game also has something that is very rare in gaming: a normal heroine as the main character.

Best way to intice you to play? Cosplay! 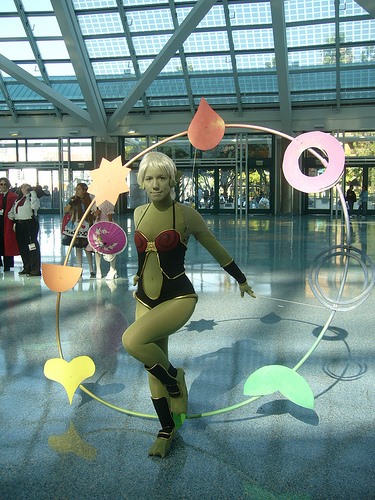