Scott Pilgrim vs The World: The Video Game was released on Tuesday August 10th for the PS3 (Download only, $9.99). It will be released for the Xbox 360 on August 25th for 800 imaginary points. We spent a few hours yesterday on co-op and single player and here are our initial impressions. 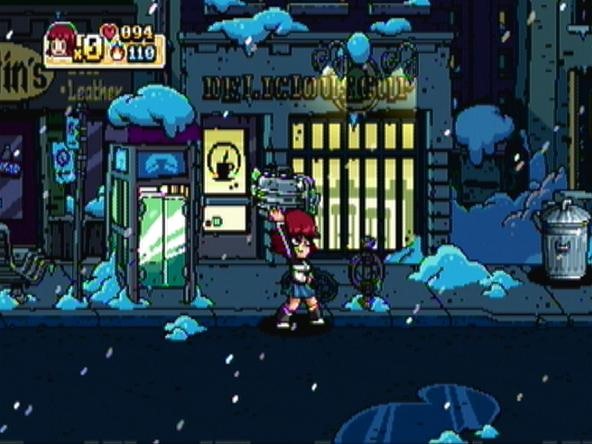 The decision to go retro for the looks and gameplay works with various degrees of success. The sprite artwork is beautiful. The people old enough to remember the 8 and 16 bit days will love the attention to detail and animation on the sprites. Long before our polygon overlords took over the gaming culture and sequestered  the sprite visual look to just the DS, this is what most older gamers remembered their games fondly as. 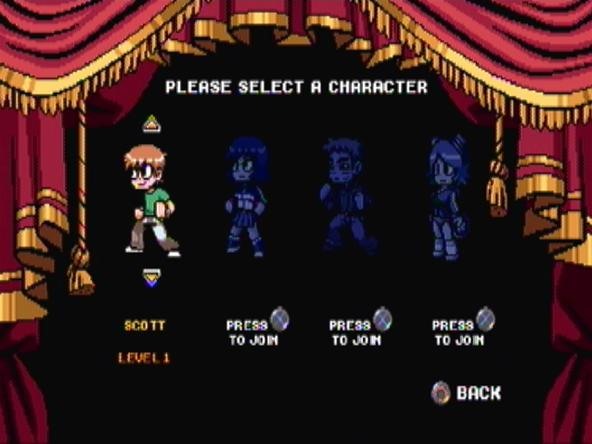 The game gives the player lots of options to play with. There are four initial players to chose from, and if you have four controllers at home, then you can have up to a four player co-op! You can level up to become stronger and learn new moves. The game also lets you share health and revive players before they expire and lose a life, I loved that feature. 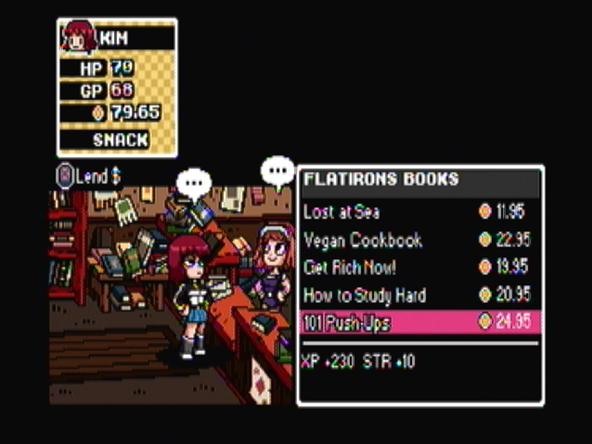 Like every game out there now, no matter the genre, there is a character leveling system. You can level each character up to level 16. Other way to raise your stats besides experience is to visit the bookstore in the game and buy books that will help you raise your strength, vitality, speed, etc.. The money required to buy these books is acquired by beating enemies who drop coins when they die. Replaying levels is an easy way to get lots of easy cash.

The game play so far is lackluster. It is not a simple throwback to older times of just kick and punch, but it sure felt like it. Out of all the great things in this game, this is the only thing I felt a little underwhelmed. Most of the time it was button mashing (two buttons to attack) and the block button was rarely used. Moving while fighting was also a problem. You either move really fast or too slow.

The animations are also a problem in the game play. The feedback animations, like when a character reacts to a punch or throw, does not give the appropriate feel like you've actually done something. Maybe it's a lack of animation sprites or the sound effects, but the fighting felt floaty because of it. 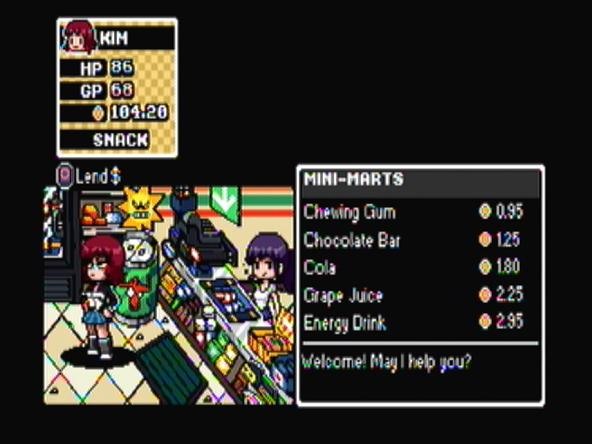 One interesting thing in the game that we liked is the ability to actually enter the stores and buildings that you pass by in the game. Most games these background buildings are static, but in this one, you can go in if it's a store and the lights are on. You can buy snacks to replenish health for later, accessories or books to increase your base statistics, or just go into a video store and pay Scott's rental late fees(what does this do? just an achievement?). 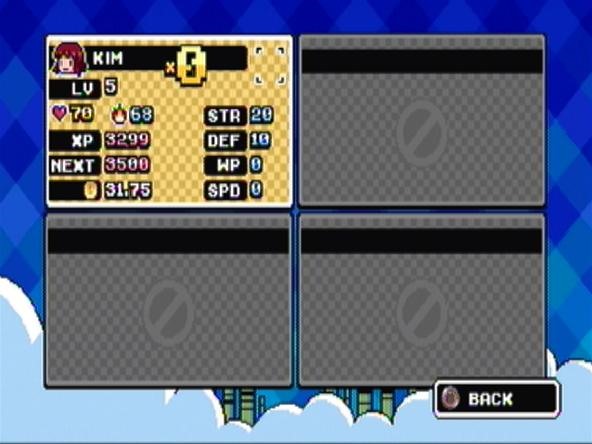 Once you level up enough, with books and accessories, the game becomes easier. I would recommend leveling up your strength and defense first since most of the game play is basic button mashing. There are 3 difficulty levels in the game, so if one is too easy just move up to the next one. 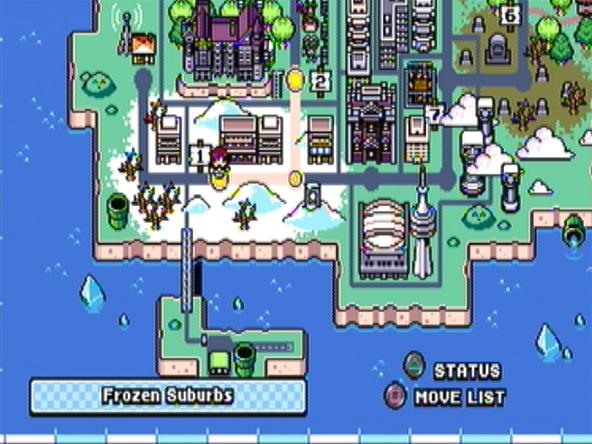 We don't know anything about the comic (Sorry!) and the movie has not come out yet, so the only thing we could get in terms of references were the ones related to video games. The world map is organized just like Super Mario 3, and there are other Mario references, such as the coin boxes: So far the game is ok, nice to look at but not spectacular. It's only ten dollars, so I would say that's as much as this game should be worth. If you like games like Castle Crashers and Ninja Turtles, this is perfect for you. Co op is fun and the ability to share money and health between players is a nice addition. The levels are very long so this is not a short game, if you get it you won't be short changed in terms of lenght. Having the option to replay the levels over and over to gain money and experience gives the game a lot of replayability.

This first impressions was brought to you by 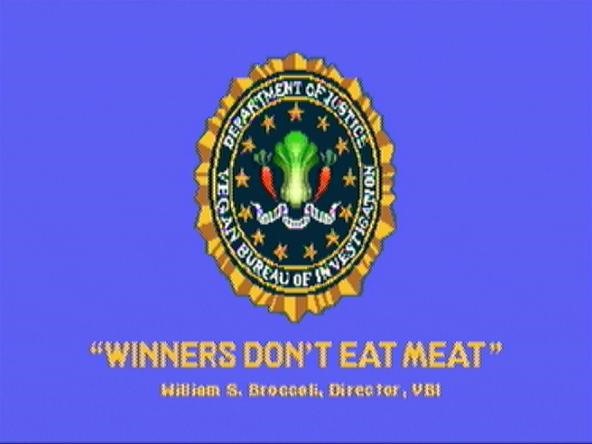 and the letter P

I really want to see the movie. I want to read the comics too but I don't have any comic book friends ;_;

So I got the first Volume of the comic over the weekend. Very lighthearted, laid back, lots of jokes and funny expressions. I did feel like the comic was told too fast and that the volume could have been spread into two or three. Scott's ability to fight at the end along with a super move was a surprise, usually main characters are wimpy and helpless. I laughed when the defeated enemy actually did turn into coins like the game. Playing the first level again after reading the first volume I was able to spot all the comic references so that was nice. How does the comic differ from the movie? has anyone seen/read both? I'd rather invest in one than the other.