Tera Online is a beautiful Korean MMO with real time combat. The game is coming to the states towards the end of the year. Unlike other MMOs were combat is target specific (lock on target) and dependant on skill timers and macros, Tera Online focuses on fast area of effect action. Your blade or spell will hit whatever is in front, or miss if it's not. The closest thing to the game play of Tera is Vindictus, a free to play MMO with the same concept of game play. If you've played Vindictus, then you have an idea of how very different Tera is in terms of gameplay in comparison to games like Aion, WoW, or Rift.

MMOs have different selling points. WoW redefined leveling, questing, and instance grouping. Aion has an unrivaled character creation system and gorgeous graphics. Rift has the soul class system for unique builds and its dynamic rift instance system. For Tera, it is about taking chances in the story, the races available, and the ability to play with controller-friendly real time combat. 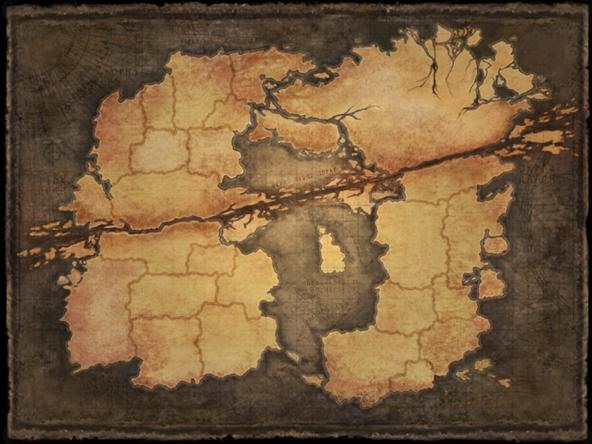 The world of Tera sits on top of two sleeping titans. The 12 gods of Tera and the races that inhabit this world are figments of the titan's dream willed in to reality. At this point of the storyline there is an evil that is threatning to wake these giants, and by doing so ending the existance of everyone in Tera.

What is particularly interesting is that there is something for everyone. Most games simply rely on the basic fantasy races: human, elf, dwarf, and variations there in. Tera has these, but adds demon type races (Amani, Baraka, Castanics) and cute ones ( Elins and Poporis). Below is a video of the races found in the game:

The wide variety of races make it fun to try different combinations of classes. For example, a  Baraka healer or a Popori tank would be interesting mixes. The current classes available:

Warrior: Dual swords. Can be tank or DPS.

Lancer: Shield and lance. The tank of the game. Anyone standing behind the Lancer is protected from damage.

Priest: Staffs. Primary healer. Must be in view and vicinity of target to heal.

Here are the classes and how they look for each race, split into 2 videos:

Once you know what race and class you would like to play, you have a wide assortment of choices to make your character as unique as possible. Aion is still the best in character creation, allowing you to modify every detail, but Tera has a good amount of choices to pick from. My only complaint would be the lack of height control and not enough variety in hair color and haircuts.

Here is a sample character customization of a female warrior:

This one is for a Slaying Poporis and available options:

That's it for this introduction to Tera Online.

Part 2, game play, will be coming Wednesday. Please look forward to it.