About a decade ago, Deus Ex came out to rave reviews. Except this guy Tom Chick hated it. And said so, in a pretty blunt manner. 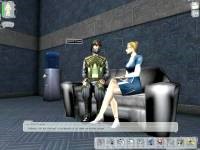 "The most severe problem with Deus Ex is the AI. There isn't one. Instead there are a few canned responses in the game's enemies. If you attack a character and do not kill him, everyone instantly knows where you are. It doesn't matter if you had a silencer on a sniper rifle and attacked from the top of a building half way down the block; they'll know exactly where you're crouching. Place a proximity mine and go hide behind some of the game's many crates. When that mine is triggered, if it doesn't kill the victim, he will instantly know where you're hiding."

In the attached interview, the infamous negative interview is revisited, and points to one of the frustrations of actually interpreting a published video game review. I'll let Chick explain:

"Gamecenter was using the 1-10 scale. Not the 7-9 scale, they insisted! Even back then, I resisted the idea of the 1-10 scale being a 7-9 scale (that particular battle has long since been lost, of course). So while writing the Deus Ex review, I verified with my editor that a 5 would be an average game and not necessarily a negative score. He confirmed. So I sent in the Deus Ex review with a 3. I figured it was a couple notches below average. Man, can you imagine a 3 these days? No one's going to use a 3 on any game that doesn't cost $19.99 or less."

I remember the game, but at the time of release I didn't have a gaming pc and didn't play it until years later, and by that time the graphics were dated and it didn't look so hot anymore. I thought it was an ok game. I don't see what other people see in it in terms of praise and fond memories.

His disdain for the game play is valid. But to be fair the AI in most games is average. All that you're hoping in an enemy is that they are not complete idiots.

The article is currently making its rounds in the gaming forums, with arguments that seem to go around in circles.