Ni no Kuni is a gorgeous hand drawn and animated game coming to the PS3 and Nintendo DS. The story is about Oliver, a 13 year old who has lost his mother. Wishing for her to come back, a magical toy tells him that this might be possible and they set off on a journey in a parallel magical world. In the trailer above, the PS3 is able to almost match the visual quality of the cartoon animations originally made for cut scenes in the DS game. 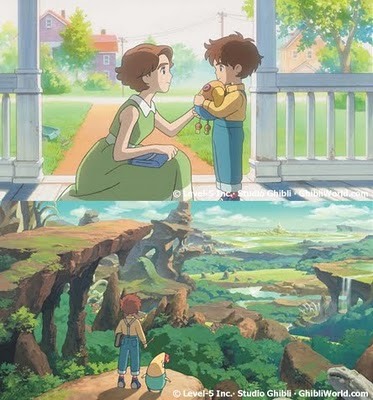 What makes this game special is the studios behind the production: Studio Ghibli and Level 5. The famed Studio Ghibli is the Pixar of Japan, here are some of the movies they have produced: 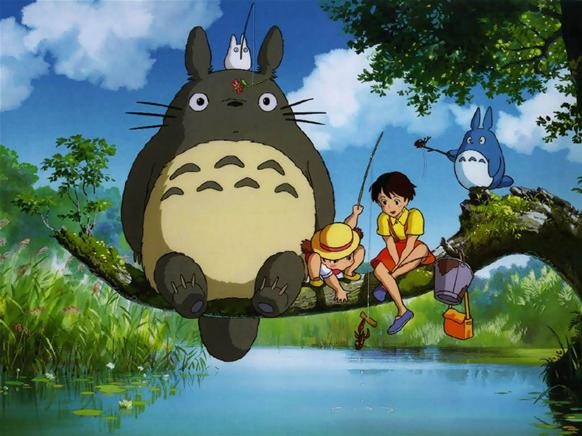 With a distinct art style and hand drawn like animations, Studio Ghibli stands out from other animated features. For Studio Ghibli, this will be their first collaboration in video games. 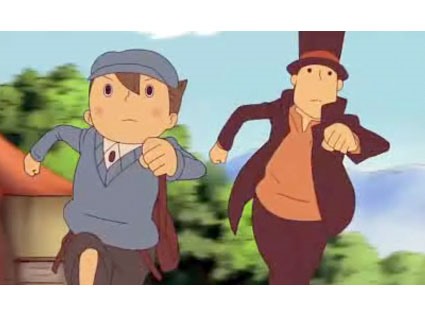 Level 5 is a Japanese game Developer with a distinct graphical style. Most developers change styles depending on the game, but Level 5 often sticks to cartoon like graphics for their games. Some of their more famous titles:

Having both of these studios, famous for their distinctive art styles work on a game is impressive. The game comes out in Japan for the DS  late 2010 and the PS3 in 2011. There has been no talk on bringing the game to the west, but I really hope they do. From the trailers it looks like the game play is a mix of Harry Potter and Pokemon where you cast spells while your little pets fight. 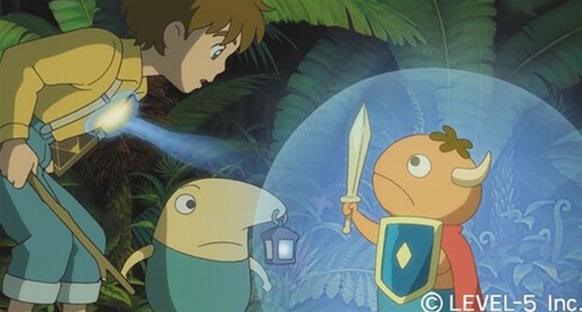 Below is the DS Trailer, complete with subtitles and a better narrative of the story for the game. The first half of the trailer is all story, a good introduction to the premeses of the game and a good look at the great animation coming from Studio Ghibli.

just read about this.. amazing!

I really thought it was a game based on an animated movie but I was shocked to learn that it was a game only. Looking at the animations on the second youtube video, it really does look like a preview of a movie one would see. I think it looks charming, I like the fluid animations and the art style.