Minecraft may seem like a game for just hardcore gamers and computer nerds, but it's totally not. It can hook anyone and everyone, from casual gamers to online addicts to total newbies—it can even turn its users into serial killers. And now, Notch and his Mojang crew have made it possible for more people in the world to become Minecraft addicts who'll never leave their servers. A console version for the Xbox 360 will be available this winter, but for now you can all enjoy the cubed sandbox world on your Android mobile device... sort of.

The Minecraft: Pocket Edition that hit the Android Market today is currently going for $6.92 and is only available for Sony's Xperia Play. In the near future, it should be released to other Android devices as well. Eventually, it will even hit the iTunes App Store for iOS devices, though no date is set yet. There is also no telling how long the Xperia Play exclusivity will last. Hopefully not long. Minecraft mobility is something every Minecrafter has dreamed of since its release back in 2009. 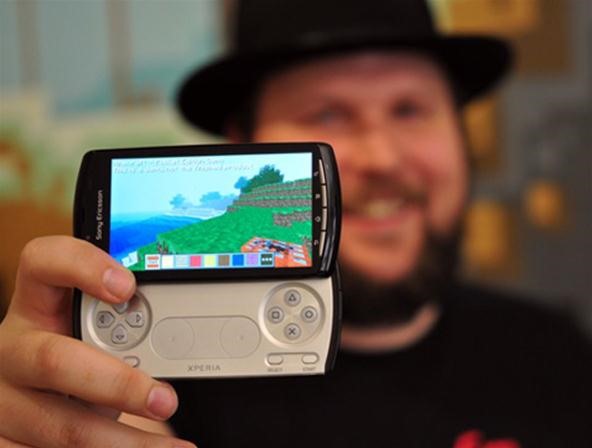 But for right now, the Pocket Edition of Minecraft (Alpha version) doesn't feature all of the capabilities of the online hit, limiting itself (and you) to 'create mode' where you spawn building blocks out of thin air and place them wherever you like. It's also got local wireless multiplayer, only it's hard to see that being successful at first with only the Xperia Play supported. Maybe once other Android smartphones and tablets get the app. 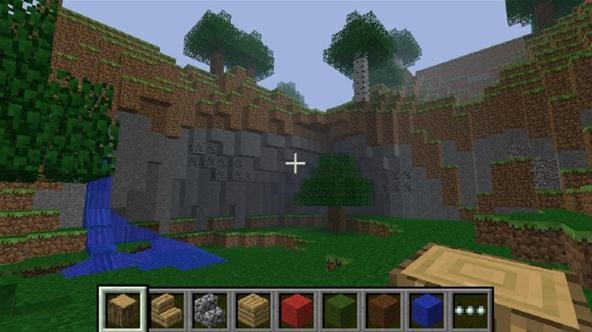 Notch and his crew will continue to develop and fine-tune the Pocket Edition, just as they have with the Mac, PC and Linux versions, so it's sure to be a huge success once it breaks Beta. But that's probably a long time away.

Very cool! How long until there's an iOS version? Seems like a perfect iPad time-suck.

I want an iOS version!!! It'd be perfect!

Curse you Xperia timed exclusive, hurry up and expire! If it's on Xperia it probably means it'll be available day 1 when PS Vita hits the market next year. They should really try to give the pocket editions the ability to access actual mc servers as soon as possible, since many have already invested a lot of time already. I also hope that when the game comes to touch only androids and ipads, that it takes real advantage of the touch features and not just have token on screen buttons for everything.

I would also love to see mc on the 3DS, I think seeing it in 3D would be interesting.

I think that these game companies should start developing mobile apps for all devices they intend to pollute and release them at the same time, not in a trickling matter. I know it builds hype and they might have limited funds and personnel to do it all at once, but imagine the day when a game was released on iPhone, Android, Windows Phone 7, etc. on the same day... no waiting. Wow.

Ben, that would be amazing, but I'm not holding my breath. :)

Yeah. It will never happen.