The Third Chapter in The Passing is the Port Finale. It's similar to the Dead Center finale, where you have to gather gas cans spread throughout the map and fuel the generator to lower the bridge. 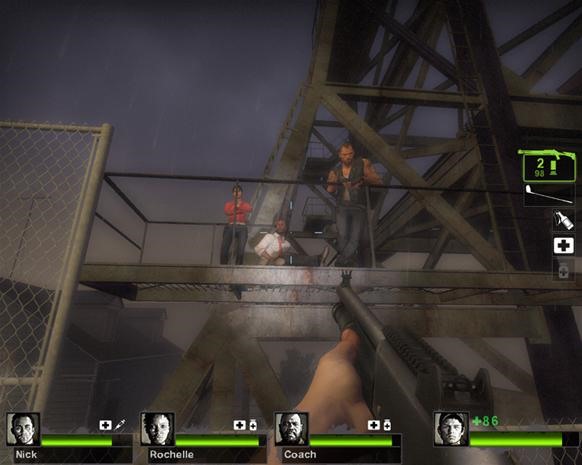 The banter between the two groups once you finally meet differs depending on the situation. Sometimes Zoey talks, or Louis, or Francis. They'll back you up by providing cover fire from above. Zoey and Francis by the balcony, Louis will use the machine gun from the bridge. If you get injured enough and you run out of health items, they'll start throwing medkits at
you!

In the video you can see where Zoey and Francis are located, Louis is off the screen and didn't capture him. At the time the video was taken, I didn't know that he was also providing backup fire until a few days later. You can also see Bill's body. It looks like he sacrificed himself making a last stand at the generator.

Bill's death is surprising but as long as Francis and Zoey survive it's ok. Francis has the best one liners in the first game and Zoey had some great slowwitted moments that made her
memorable at times.

No official reason has been given by Valve for terminating the character, only rumors that the voice actor for Bill (Jim French) either:
1. Retired from voice acting.
2. Could not be reached in time for the making of content.
3. Had troubles with the law and Valve did not want him anymore.
4. Furries. 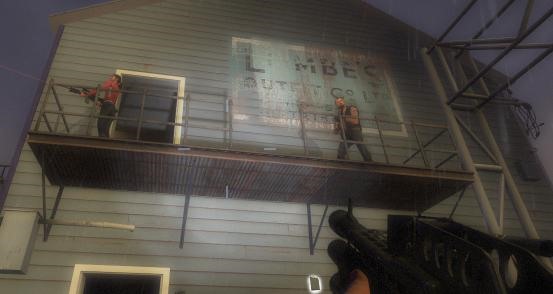 Overall The Passing is disappointing for two reasons: It is too short and there is not enough interaction with the original L4D1 crew.

Just like the first DLC (Downloadable Content) for L4D1 Crash Course, there is not enough content to fully classify this as an entire episode. The L4D structure splits the game into
campaigns, and each campaign contains five chapters. Four Chapters are regular levels where the goal is to get from safe house to safe house, and the final chapter is considered the finale where a final stand is made. People are used to this length in a campaign, and when a dlc campaign like the passing is released with only three chapters(two regular levels and a finale), it feels incomplete.

The lack of interaction with the original cast is a letdown. You see them at the beginning of chapter 1 so far away that you can barely make out their shape. The different conversations between the survivors is great and varied, but that's all it is, talk. You're never close or at the same level with the original survivors, and that's a real loss for a campaign that is suppose to cater to the fans. It would have been fun to lead or go through a level with one of the original survivors, at the least to see them more than just at the beginning or at the end.

To make the original survivors work for you in the finale, go near them for free health packs and other health boosts. Louis is on the heavy machine gun, so when tanks show up, go near him and drop those tanks fast!