"Ok explain something to me, how is an under-the-river tour scenic?" - Nick 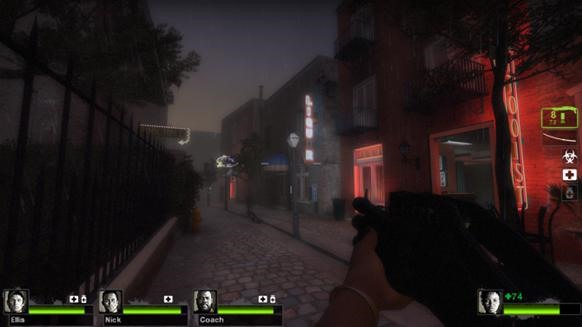 The second chapter(out of 3) of the Passing DLC is The Underground.  The goal is to go though a passage under the river to reach the bridge generator on the other side.

Trying to do things slightly different, the second chapter starts in this safe house. Notice anything different? 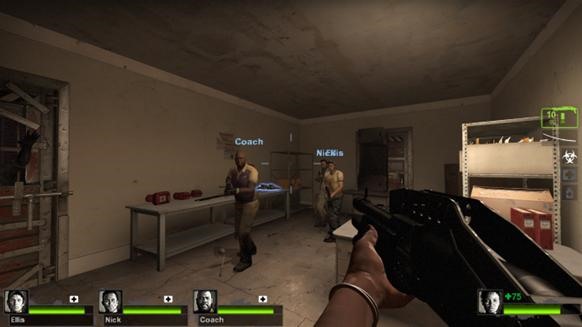 Yup! No graffitti! No sly remarks, funny messages, quick one liners that the safe houses are known for. It looks like the survivors are one of the firsts to use this safe house location. What's interesting is that as you progress through the map, there is a bar with a billiards room that looks like it was previously a safe house of sorts 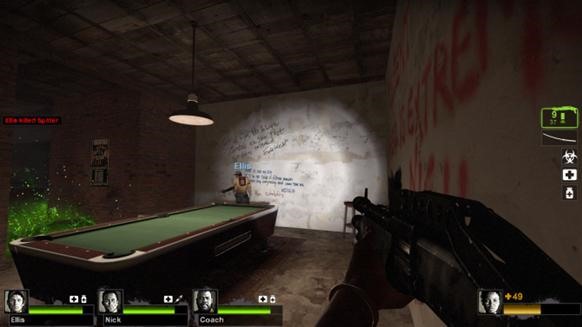 Before the billiards safe house, there is another bar with two possible easter eggs: The Jukebox and the Midnight Riders bus! In this pool hall, you can activate the jukebox, and from my experience, it does two things:
1. Plays regular music and a tank appears.
2. Plays a Midnight Riders song, with a possibility that when you step outside, you'll see the Midnight Riders bus roaring past you (initially I thought it was a fire truck).

Midnight Riders is the fictional rock band for L4D2. They have their own fictional website at http://www.midnight-riders.com/ and have a small cult following in the game. The constant cameos from the band in different chapters have some asking Valve for them to become next survivors for L4D3, if it ever comes out.

A running joke throughout the chapter is the city's  underground river 'scenic tour': 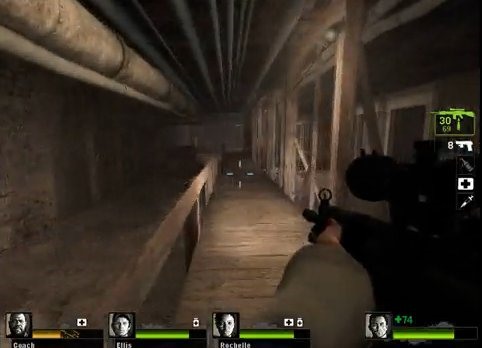 You're looking at it. Another successful government project.Your tax dollars at work,etc.. The underground section has some good diversity. The wooden rails and the partially torn walls made the sections feel less squarish. The panic event at the end ( a mad rush to the safe house with an unending horde of zombies coming from all sides) made for a lot of nasty wipes in our parties (many were sacrificed!).