Wha Entertainment is owned by Howard Horowitz. He is the president[1] and is listed as Executive Producer in the game credits. Horowitz's video game credentials[2]:

Along with Horowitz, Randall Batinkoff is listed as Producer for Wha Entertainment for the game. Please remember this name, because he is: 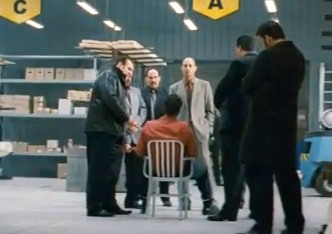 1. The actor who portrayed Tre Fernandez (The person who got his finger cut off in the interrogation of the beginning of the film)
2. Producer of Wha Entertainment
3. Voice for Big Daddy in the game.
4. Voice for Red Mist in the game.
5. Voice for Kick Ass in the game. He shares this credit with Aaron Johnson.

According to Gamespot[3], The Kick Ass Game is Wha Entertainment's first release. Wha Entertainment itself does not have a website. If you go to WhaEntertainment.com, it will redirect you to TheKickAssGame.com website. Both sites are owned by Howard Horiwitz[4].

It is owned by Kick Ass Pictures.

Marv Entertainment consists of two people. In the game credits, Matthew Vaugh and Tarquin Pack are listed as Producers. Matthew Vaugh is the Director/Co-writer of the movie Kick Ass and Tarquin Pack is a Producer for the same movie. Marv Entertainment not listed at the bottom right section of the Kick Ass website as one of the companies involved in the project but they are in the credits of the game.

There is no mention of Marv Entertainment online, but there is Marv Films[5], which produced the Kick Ass movie. This is what the credits might be referring to. According to Wiki, "Marv Films is the name of Matthew Vaughn's UK based production company"[6]. If this is the case, this party would probably have been in an advisory role in the creation of the game. Or their names might just have been in the credits because it's a game of their movie.

Frozen Codebase
Official Website: http://www.frozencodebase.com/news.php
FC is an indie developer based in Greenbay, Wisconsin. They have 29 people divided into two groups. 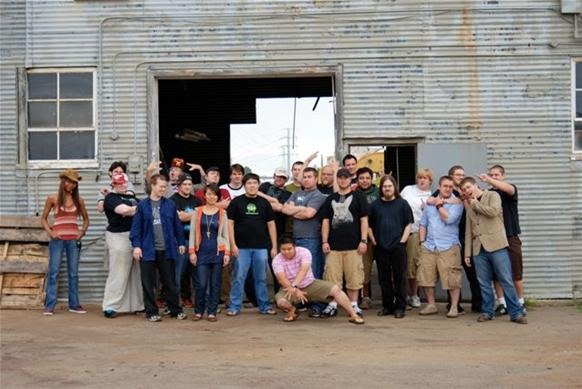 Wha Entertainment approached Frozen Codebase last year on creating the game. Ben Geisler, president of Frozen Codebase told Shacknews when asked about start of development, " It's only been since, like, September. It's been an expedited [development] schedule. Technically, WHA Entertainment --the publishing group--they've been looking at doing it for the past year, ever since GDC of last year. "[8]. Talking to PS3Arcadians, Geisler notes that it took just a few months to create the game, "Development time was 4.5 months, with an average of 9-13 people (depending the month)"[9].

Bringing the voice talent from the movie to the game is largely in thanks to Randal Batinkoff. An actor in the film and a partner in the publisher of the game, he was able to secure as many original voice for the game as possible. From the PS3Arcadian interview:

PS3A: I'm just curious on this one, but how much voice material is taken from the movie and how much was recorded for the game? (Hit Girl sounds bang on, Big Daddy sounds a little gruff)

BG: Randall Batinkoff was one of the actors in the film; he played the role of Tre Fernandez.  He was also a producer for Wha Entertainment on the game.  Randall helped get the voice of Hit Girl (Chloe Moretz), Kick-ass (Aaron Johnson) and some of the thugs.  Other lines were re-recorded at his studios.  It was definitely cool working with one of the original actors on the film, this helped for a nice collaboration on the two projects.[10]

When you play the game, it is noticeable that Kick Ass and Hit Girl sound natural, but you can tell that's not Nicholas Cage as Big Daddy.

I hope this piece was informative. Knowing where things came from and how, especially for an indie title, is frankly fun. Part Two of the Kick Ass Game Review will focus on gameplay and level design. Please look forward to it on Saturday!

Added an extra youtube for the voice acting section of this review.