Video capture... how does it work?

Apparently, I have no idea. What I thought would be a simple undertaking turned out to be a slow and annoying pain. I just wanted to capture video in high definition and to lessen the time it takes to setup, record, and upload the video.

Originally, I had bought an EasyCap DC60 to record console video. It was a cheap USB dongle ($15) that captured beautiful video in 360p. There were no huge problems—it just worked.

If you're interested in testing the waters, check out my previous how-to article on Load Save for capturing Xbox 360, PS3, and Wii footage with the EasyCap DC60. Make sure to check out the sample video to see how well it records.

But as always, there were still issues with this solution:

So, two weeks ago I posted on the forum about getting a new capture card to record Xbox 360 and PlayStation 3 video to the computer. The video capture and screenshots it took were great, and I was very satisfied with the purchase. I had noticed a little bit of lag in playing, but I didn't realize just how big of an issue that would be later on.

The capture card I used was a Hauppauge Colossus PCI Express Internal card. You can find them for around $140 on Amazon. 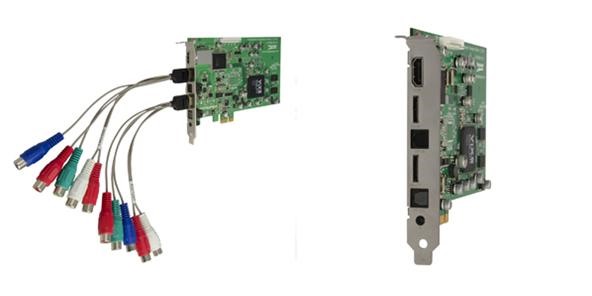 It was simple to install. I had no problems. What I was not expecting was a permanent video delay that is standard on the card. From what their tech support told me, this was not an error. The capture card basically takes 1-2 seconds to relay the image from the console to the computer to the monitor. What that means is that when you pressed anything on your controller, it took two seconds to show up on the screen. This made controlling a character impossible.

Here is the original setup (I did this diagram picture in CAD, exported to Visio, and then rendered to Photoshop): 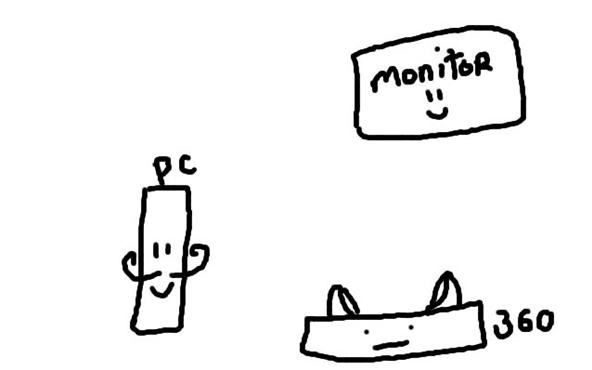 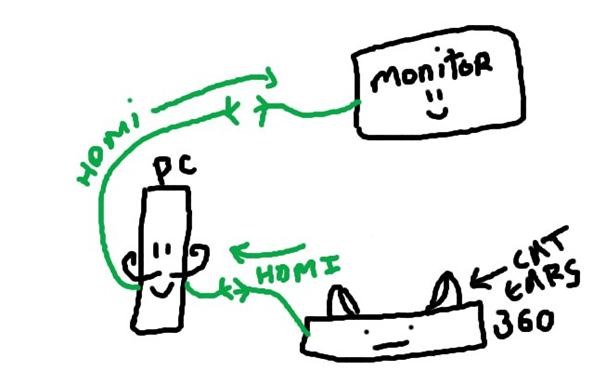 But again, this wasn't possible. There was a 2 second delay in video. I thought I had done my research. I did not see this problem in the reviews before buying, and this is what the product's box looked like: 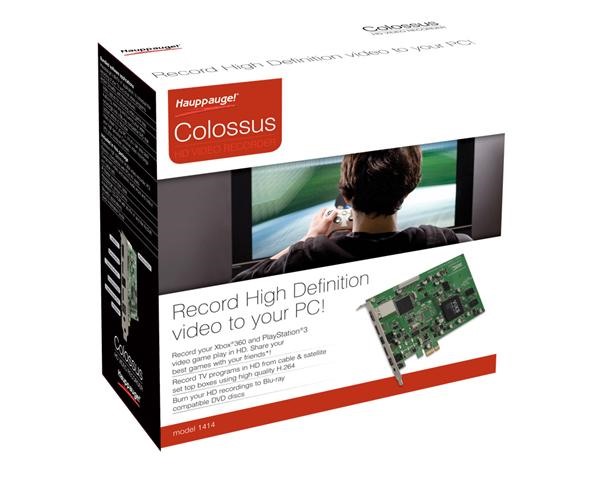 That image of a guy playing a game through the card is not a truthful representation. What the consumer doesn't see in that picture is that in order to play a live game, you have to buy a device that splits the HDMI signal to the computer/monitor and to the console/TV. This splitter can cost anywhere from $20 to over $70, not including the extra HDMI cables. By default, the card itself is not able to deliver live gameplay.

Feeling bummed once the realization of this set in, I spent a couple of days mulling about the problem. Do I return it and buy a much more expensive capture card? Do I make it work and buy an HDMI splitter and another monitor to make it work? Both options looked very expensive. If going with another card, there might be a chance that the video capture quality might not be as good as this one, and it would be like starting all over again.

I ended up with a hybrid solution. An HDMI splitter would be needed regardless of any solution, but I did not have enough space to buy a second monitor to make this all work. So I thought... if the HDMI splitter was also connected to an HDMI switch, then I can control which device I would be looking at. This meant that both the PC and the console could be on and the monitor could switch between one or the other. To put it simple:

This way, gameplay can be recorded by first pressing record on the computer program, then using the switch to change to the direct console feed, and then start playing. Once done, pause the game, use the switch to go back to the PC HDMI connection, and stop the recording. Like this: 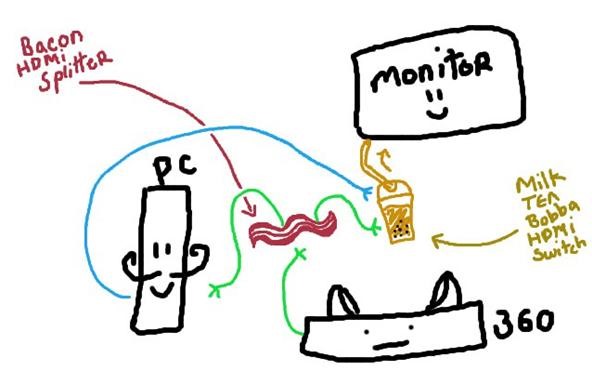 In real life, the bacon HDMI splitter looks like this: 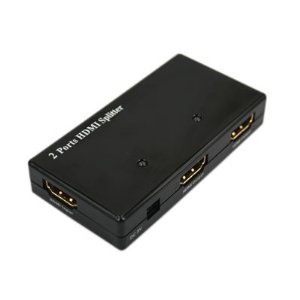 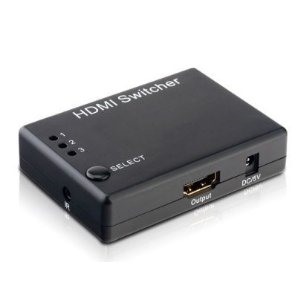 This setup, though a bit convoluted, works. But it took two weeks of pondering and settling for choices. I wanted to have a Shadows of the Dammed review by this time, but I'm barely halfway done because of all this. Still, it's worth it. Here is some gameplay footage, now that everything works (at 720p too!):

And some screenshots taken during gameplay: 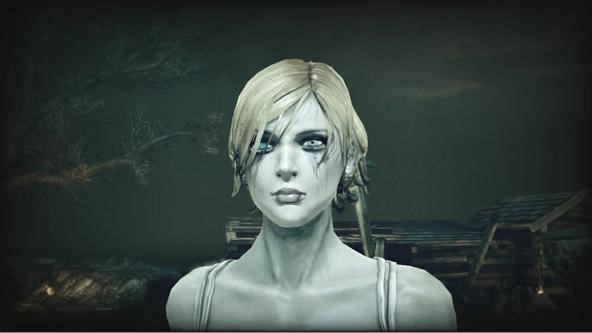 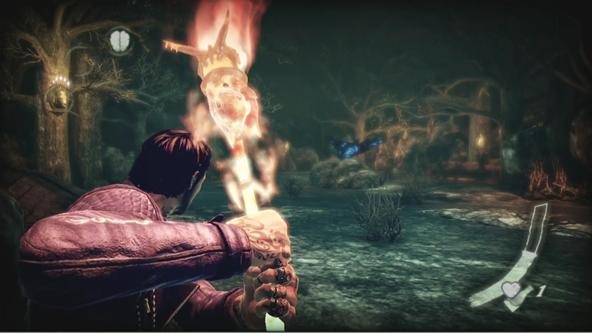 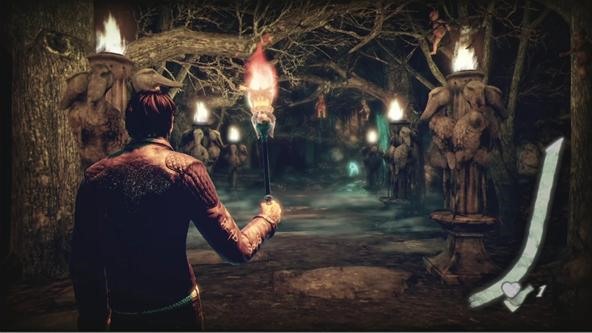 That's basically it. I didn't mention the capture software because it's simple and works as intended. It was the delay in video from the capture card that made everything go awry.

If you have stories to tell on your video capture adventures, I would love to hear them!

So around how much was spent on this kind of setup?

There are not a lot of options when it comes to video capture. You can go really cheap with pinnacle but I've had bad experiences with their products. Hauppauge isn't that much better either but they did have more mid to high end variety options. Besides this capture card, the other internal cards ranged from $180 and much much higher, some didn't even have an HDMI option to boot! I've heard very good things about the Blackmagic capture card at $190 though, that would have been my second choice.

Also one way to make things simpler is if you have a good monitor with 2 HDMI connections then you won't need a splitter. Or you could substitute DVI for HDMI to connect your computer to your monitor, that also works.