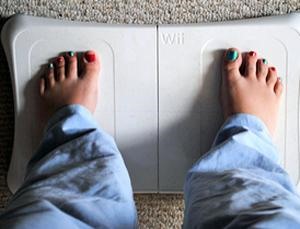 My father recently suffered a stroke. Now in Neuro Rehab at Cedars Sinai, he is enduring daily physical therapy, recreational therapy and occupational therapy sessions to help improve his balance, mobility and fine motor skills. I was initially worried about how I could incorporate his current PT regime in his daily life after he's discharged. That was until I saw the devices he used in the PT gym. Despite their "medical device" designations, the high tech stuff is remarkably similar to what I could get with a Wii Fit and maybe when he's more advanced, some DDR!

I did some Googling and I am obviously not the first person to look at the Wii as an in-home PT device.

University of Melbourne has done significant research into its practical applications in rehab:

"So Clark and his colleagues at the University of Melbourne, Australia, took apart a Wii balance board and hacked into its strain gauges and accelerometers to tap into their raw data. "We found the data to be excellent. I was shocked given the price: it was an extremely impressive strain gauge set-up."

Now, in a paper published in the journal Gait and Posture (DOI: 10.1016/j.gaitpost.2009.11.012), Clark's team has verified that the board's data is clinically comparable to that of a force platform. "The low price of the Wii kit is now seeing it used to assess rehabilitation after stroke, traumatic brain injuries and to examine standing balance in children who were born pre-term," he says"

Experts Agree: Wii Fit can be an excellent rehab tool

Check out the research and articles below for more detailed info on how the Wii Fit can be a great aid in seniors and stroke patient physical rehab.

Vestibular Rehab: Getting Back your Balance with Nintendo Wii Fit

are those your feet in that picture? That's some color scheme you got going there!