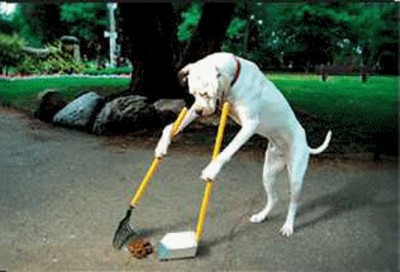 Driving to work today I saw a jogging woman with her dog in the poop position. I took it as a sign by the gods to put up this thread.

This week it's been mostly Alan Wake and Red Dead Redemption. What I've played this week became blog posts so there wasn't an urgent need to make a thread about it. 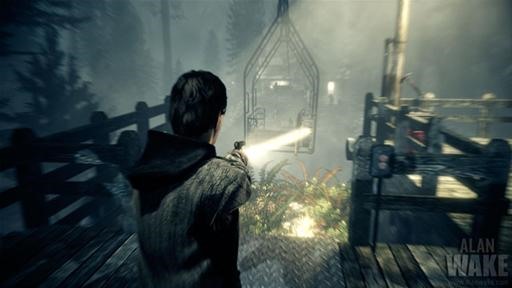 Yesterday we finished Episode 4 of Alan Wake. I don't know how many episodes are left, but this game keeps delivering in spades in terms of game play. It's just never boring. Weapons gets upgraded, like going from shotgun to double barrel, and my flashlight has now been upgraded three times over. For a quarter of Episode 4 Alan did not have a light or a weapon against enemies, and the farm finale felt like it was something strait out of Left 4 Dead 2.

The story is starting to get a little better too, a big relief. Episodes 1 and 2 took around two hours to beat individually, 3 and 4 around three hours each. At this point, the mailman and I are on a first name basis.

Managed to get it for 28 dollars after some discounts and a gift card. I'm really looking forward to playing it. You can customize just about everything. Here are some racing characters people have made: To add to the failure list in Red Dead, today:

1. My horse killed by cougars while on a bounty hunt. Killed the first one but the second one lunged at my horse and killed it. Had to walk around half a mile to the leader's hideout while consistently being attacked by wolves. Once every bandit was dead and the leader tied, I stole his horse to ride him to town. That's my horse now.

2. Failed to save two people from wolves.

3. Killed by a setup by the road. had to restart a bounty.

4. Failed to save yet another hanging wife.

That's all the gaming for today. Going out to sushi in a few.

Yesterday we were at the Beverly Center and we passed by the Sony story. It's just not the same without that robotic dog they used to have. All their products in that store they sell at full price. What's the point of opening up a store if you can't sell stuff for less than best buy or fry's? There is no incentive to go out of your way to shop there. They also sell ps3 games at full price, wth. You can find Uncharted 2 for $42 at amazon but here it's still 60.

On Alan Wake we've finished episode 5. The story has really picked up in episodes 4 and 5. Barry, Alan's best friend has gone from annoying to hilarious. Think Joe pesci from My Cousin Vinny.

In read dead it feels like the bounties never end, I think I'll just go ahead and continue the story. There is also a dog at the ranch that keeps following me, I think he likes me.

Once Alan Wake is done, Modnation racers is going to go into heavy rotation. It's so good. The single player is robust, with a funny storyline and track challenges that actually take time to beat. The only two things I don't like about this game so far is the loading times and it's heavy dependence on long drifting. I have no problems mostly using drift for long stretches, but imagine a non gamer trying to use this, it will be very hard for them. Anyways, here are some cool creations people keep coming up with, courtesy of the Neogaf Modnation Racers Thread: I just finished Red Dead Redemption and I'm about to start playing Alan Wake.  Looking forward to it!

lol, looks like we went backwards on games. I took on Alan first because it's a 15 hr game, but Red Dead can clock in anywhere between 30 hrs to over a 100 depending on how you play it.

How long did it take you to finish Red Dead?

It actually took me a really long time. I'm not sure when I started, but it spanned over 3 days (dedicating a few hours each day)

The game is huge.  When Mexico was introduced I thought the game was already over.

Oh, forgot to mention that before Red Dead I was playing Splinter Cell: Conviction.  Another great game...especially co-op.

How was splinter cell? I hear mixed things on it. I didn't know it had co-op. For the whole story or just certain missions?

You can play through certain co-op stories (separate from the single player story), and there are a few other game modes. I like being able to work stealthily with teammates...adds a cool aspect to the gameplay.

It's one of my favorite shooters mainly because I like that stealth aspect of it.  Most games are up in your face with the action, whereas this one you have to plan the moves you make.

And I just finished Episode One of Alan Wake. It's amazing how the manuscript comes together and tells you the story before it happens, but still surprises you.  I also love how the flashlight is pretty much the most useful weapon in the game. Can't wait to play more.

How long did it take you to beat splinter cell?

I'm going to replay Alan Wake on Nightmare and get all the scripts this time. I didn't pay attention to them until later in the game. Also there is an achievement for hitting stacks of tin cans, I didn't know that. Saw them everywhere but didn't feel the need to shoot them down.

I finished Splinter Cell in around 8 hours. It's one of those games you can pick up every now and then after beating it and play with friends.

On Nightmare? Jesus--I find Normal to be somewhat difficult at times.  I've been collecting Coffee Thermos' and Manuscripts mainly because those are the only things I've been noticing. Didn't even know they stacked cans all over.

I keep trying to think of how this story could end, but my guess is that Wake is forced to write this horror story so that he can save Alice.  I feel like what happens during the daytime is reality, and what happens at nighttime is his story.

yeah normal was though, but they gave you plenty of ammo. My guess for nightmare is that ammo is going to be limited and the enemies more health. There are some script pages you can only get on nightmare though, that's the primary reason.

The story takes very surprising turns, so even though you may have a basic idea of how it might end, there is a lot of stuff still to uncover. This story isn't just about Alan Wake, there is a history. Our early theories at home only concentrated on Alan and I think that's where we made the mistake. He's like a chess piece more than anything in a larger game.

Yeah, I just beat it. The ending was a bit disappointing but I thought it was fun overall.

I kind of wish they didn't always tell me where enemies were. It destroys the surprise factor a bit.

lol wow, that was pretty fast.

Yeah, sometimes they zoom in to where they are and other times they just come out of nowhere from the side. That happened a lot when going through the town with Sarah (the sheriff).